The registry is a FREE service. Click here for an application.
For more information, please contact Sandra Sroka, Adult Program Coordinator, at srokas@usf.edu or 813.974.0721.

Rachel Barcellona received her A.A. degree from St. Petersburg College, and is currently attending the University of South Florida, majoring in English with minors in creative writing and communication. She has also studied International relations and languages including Russian and Spanish. Rachel is studying voice and is an opera singer, showcasing her talents in New York and London, and England. Rachel won the Els for Autism award in 2017 along with numerous volunteer and community service awards for her advocacy work to help individuals on the autism spectrum. She is a spokesperson for the Center for Autism and Related Disabilities (CARD) at the University of South Florida, and also on their advocacy board. Rachel was named an ambassador for Unicorn Children’s Foundation and recently elected to their board of directors. She also holds a position on the board at the Els Center for Excellence, and is a board member of Safe Minds Inc. Rachel has traveled with the Global Autism Project internationally speaking to families, teacher's and therapists and working at their centers across the world. She is also a member of the International Thespian Honor Society and enjoys acting and voice overs as well as singing. She has competed in pageantry, winning local, state and national titles, as well as modeling in New York Fashion Week 3 times. Rachel has been working on her platform “Ability Beyond Disability” for the past 9 years. This year she had the opportunity to go to New York where she spoke for World Autism Day at the United Nations! Her speech was concerning politics and advocacy for those with autism. Her goal is to inspire others and to teach them that they should never give up on their dreams! 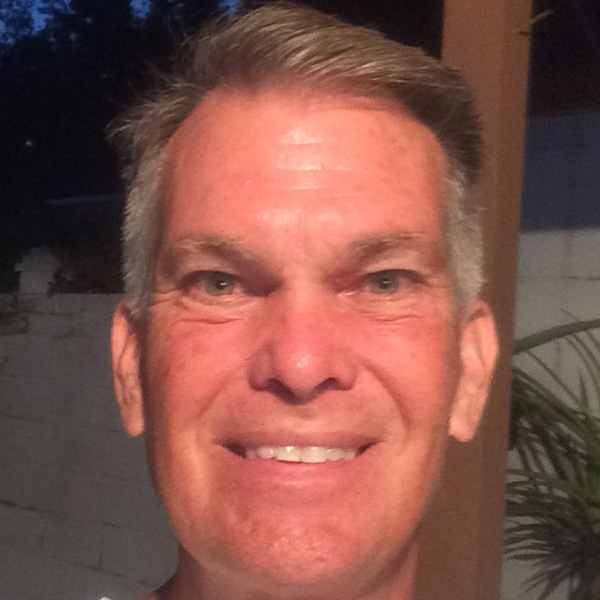 Harry has been a lifelong activist in the community. He has been everything from E-8 Master Sargent in the Florida National Guard, Licensed Optician, Licensed Body Wrapper, Licensed Insurance Adjuster, CEO for a distribution warehouse, Certified Building Contractor, Medical Account Executive and now after becoming legally blind, a full time motivator. Harry has served as Past Board of Director for Professional Opticians of Florida, Leadership Ocala Youth, Historic Ocala Preservation Society. Harry started painting in the fall of 2016 after being encouraged by blind artist John Bramblitt from Denton Texas

Robert is 20 years old and lives in Miami. He has non-verbal autism and his ability to communicate is very limited. Robert's parents assist him with the activities of daily living. His art is a direct expression of creative source and is unencumbered by personal agendas or secondary intent. He works on a piece slowly and deliberately, looking at it from many angles, until it feels just right to him. It is then released into the world. 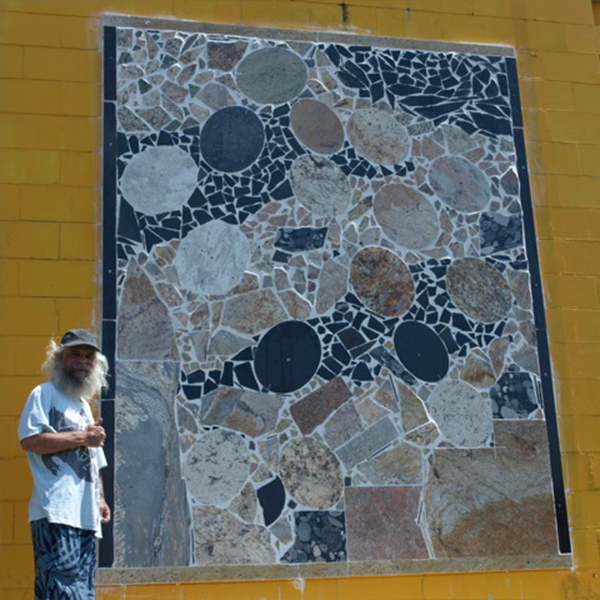 Eduardo was born in Cuba and is the grandnephew of famous Cuban artist, Jose A. Bencomo Mena. He lived in Connecticut until September of 2010 when he moved to St. Petersburg. Eduardo works in glass, granite, oils on canvas, and art on paper.  He sold his first piece of art in 1975. Please click here to read an article about Ed in the Pinellas Reader. 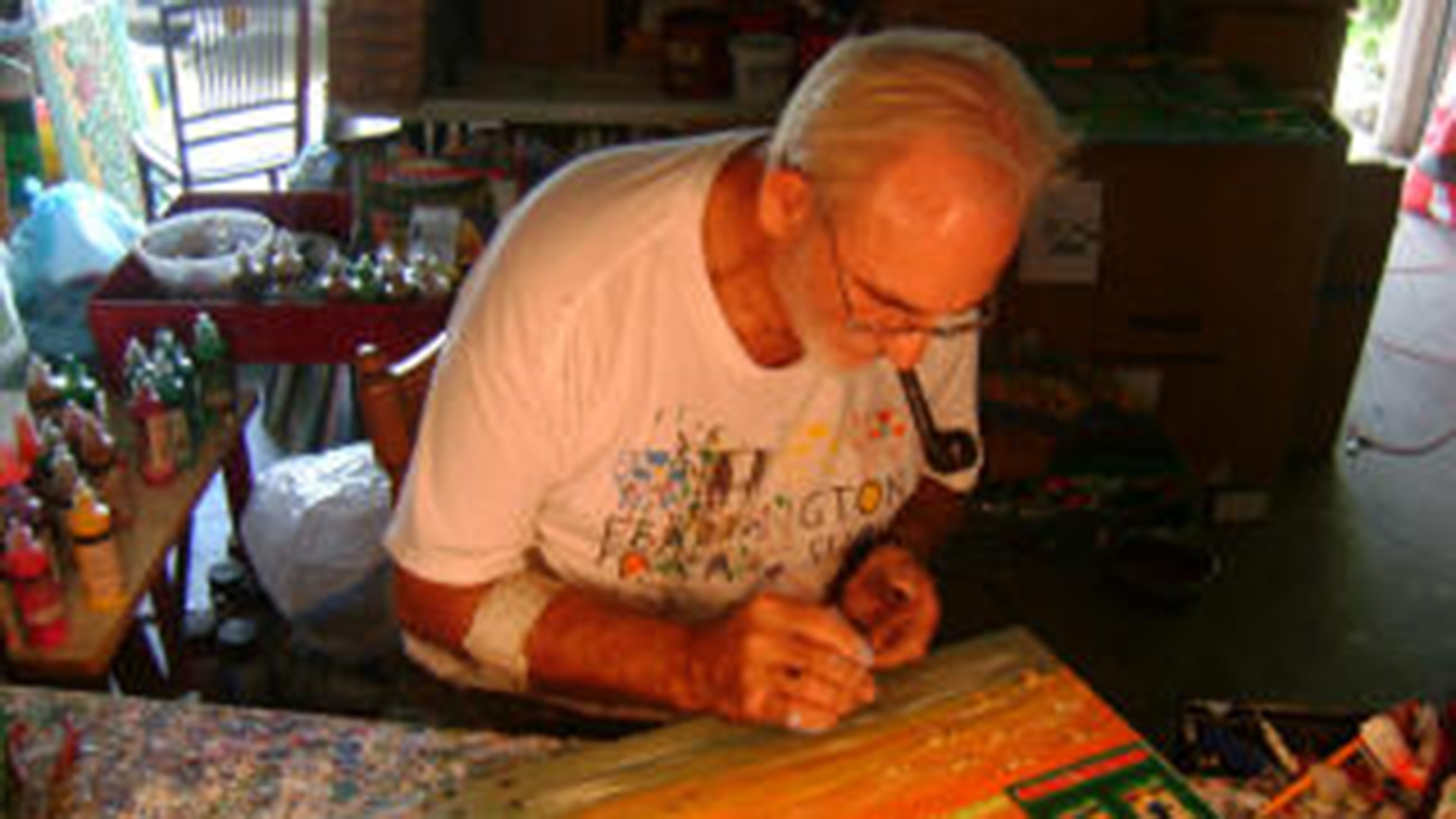 Mr. B is a self-taught southern folk artist who has found peace of mind in his unique and special kind of one of a kind art.  Born into a poor family in 1939, his mother moved him and his older brother to Florida after his father died.  Their existence was meager but the experience gave him a strong drive for success.  Later in life Mr. B learned there was no such thing as "corporate loyalty" after being forced into retirement, leaving Mr. B. lost and angry.  Mr. B. conquered the angry beast within through southern folk art.  Mr. B.  portrays the simple life - the life that most of us want to live - the days of our childhood - the dreams we once had and most importantly, the way we would all like it to be.

Judy Bichsel is a 69 year old polio survivor having contracted polio at the age of 7 months. She is retired from a 25-year career as a medical transcriber. Since retiring, Judy has been enjoying a number of hobbies. She started building dollhouses a few years back and now is totally devoted to her painting. Acrylic pouring is her latest endeavor.

Recently named 2017 Young Professional of the Year, AJ Brockman is a highly esteemed entrepreneut and visionary in the Town of Lake Park. He is an award winning digital artist who has used a wheelchair since the age of two due to Spinal Muscular Atrophy. In 2012 he had the honor of painting a family portrait of former Presidener Barack Obama. AJ has always viewed himself as being "differently abled" rather than "disabled" and lives life to the fullest every day.

Shawn Brown is an artist who has been drawing since he was 3 years old. He likes to use pencils, markers, paint and chalk to create different pictures and is hoping to have a career in the arts.

The award winning assemblages of Bruce and Dottie Cook have been juried as both fine and folk art for over a decade.  The "outsider" work has been very popular and is permanently displayed in museums, state parks and public buildings across Florida.  It is in galleries, collections and charity auctions nationwide.  The materials and techniques range from simple to sublime, often using "findings", then finished with a very durable epoxy resin designed to last for generations.  Outdoor display is not recommended however.  Notable exhibitions include the NFL Players Association in conjunction with Super Bowl XLIII and XLIV, the Princeton University Medical Center, House of Blues in Orlando and LeMoynes Center for Visual Art.  Bruce has been adjudicated to the Southern Artists Federation, listed in Who's Who of American Art and nominated to the Florida Artists Hall of Fame.  Bruce and Dottie operate River Wood Studio in scenie Suwannee County, Florida.  Commissioned work is always welcome by contacting the studio.

Susan Cremin, BWS has been teaching art and selling her work for the past 18 years in the Treasure Coast, and 25 years through the U.S., Canada and South America.  Her works spans the gamut from illustrative to impressionistic, abstraction to just plain fun.  She expresses color from her heart and translates it into exciting works of art.
Susana is a certified instructor for several disciplines, however, never tires of acquiring new knowledge.  She is always learning and experimenting with new techniques and surfaces.  She shares with her students her enthusiasm and knowedge to express feelings and emotions with others through their art.  It is truly a wonder to see a student's evolution with knowledge and guidance.
Twice nominated for Outstanding Visual Artist by the Martin County Arts Council in 2007 and 2008, she has won numerous local First Place Awards.  She is a signature member of the Baltimore Watercolor society and her works are held in numerous private and public collections throughout Canada, South America and the United States including the collection at The Elliott Museum in Hutchinson Island in Florida.
Susana thrives when painting, intensely in tune with her subject.  She observes and expands the play of light and shadows.  She takes on the challenge to portray on a one-dimensional surface an elusive moment.

"I live in South Beach and moved here from Maryland where I was born and  grew up.  I have been drawing since I was a young boy and most recently started using what I call "psychedelic colors".  My work is completely unplanned - as the colors and shapes come to me I use crayon or magic markers to put my thoughts on paper.  My other love is music especially artists from the 50's and 60's".

Mario Dominguez was born in Brooklyn NY and has been working on his art work since age 7. He is currently a student at the City of Tampa Parks department working on oil painting and ceramics. 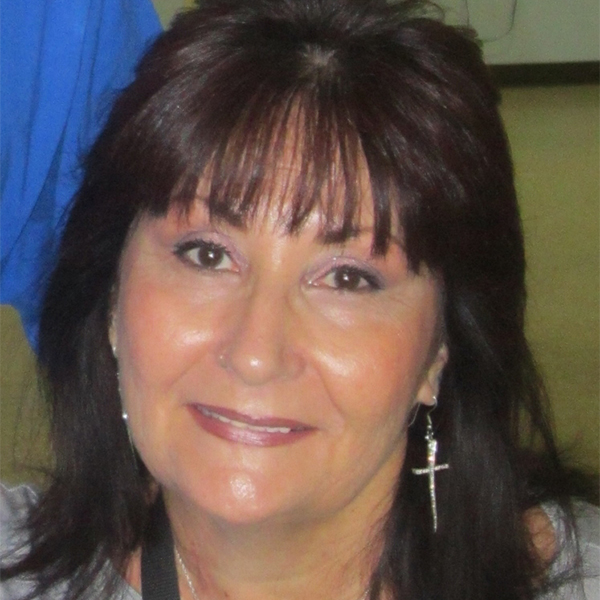 Lora Duguay has been creative since childhood, but when her life was affected by Post Polio Syndrome, her hobby became her full time career. Her artistic creativity has been focused on the cultural beauty of indigenous tribes, nature, and iconography. Mediums include oil, colored pencil, scratchboard and photography. Her art has been exhibited in various museums and galleries throughout the United States. Lora's main focus during the past several years has been the Art of Miniature. She is a member of The Association of Miniature Artists. Lora is also a member of Arts4All Florida, having participated on their Board of Directors, as well as Artist in Residency Program sharing her artistic knowledge with students who have special needs. It is Lora's desire to not only bring pleasure to the viewers eye, but to evoke emotion, memories and pleasant thoughts.

My name is Heather M. Forster, sculptor.  The disability began when I was fifteen, my first diagnosis was Paranoid Schizophrenia; now today it is considered Bi-polar . For many years, roughly fifty years; I had a very, very difficult time with myself.  Thankfully; I am free of most of the difficulties of the disorder.  I continue to take my medications and see my doctor.  I am enjoying creating beautiful sculptures.  I am self-taught.  The process I use is paper mache'.  I have many future ideas for sculptures and am now appearing in two galleries. I know I will have a fruitful career as a sculptor.  This is my life's purpose; to be a sculptor.  I am and plan on continuing to champion social advancements for all peoples and the World.  I am truly happy today. I appreciate being able to tell you a little bit about me and  maybe contribute some positive encouragement for all people that are having a disability issue.

Paul Gavin is a Drummer, Teacher, Composer & Arranger in Tampa, FL. Since graduating from the University of South Florida in 2015 Paul has made his living exclusively as a freelance musician. By playing all kinds of music all around the state of Florida, teaching privately and in schools, and writing for school programs and his own original music he maintains an active schedule. 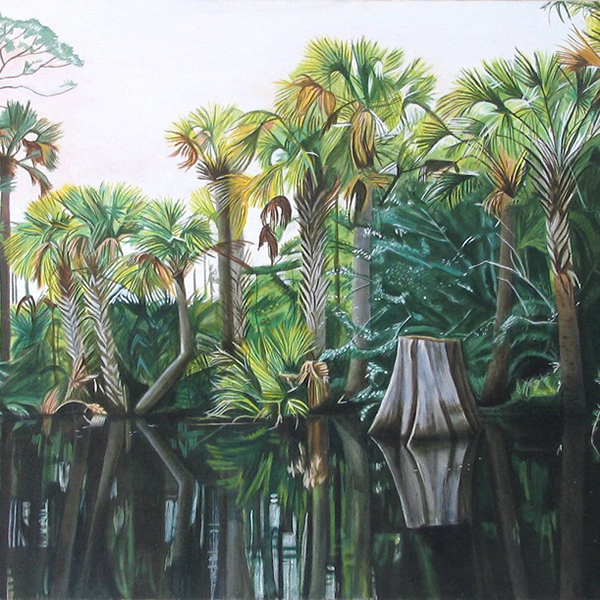 Painting has been Kathleen's main occupation for life, as she began when she was 14. Kathleen studied painting and then art education in order to teach art, which she did for about 10 years, until hearing and speech problems became too severe. Despite problems with her teaching career, Kathleen never stopped painting and drawing. Kathleen says, "Art is what I do best. Art is what I do."

Artwork is "Canoe Trip on the Loxahatchee" by Kathleen Giddens.

I often feel lost and down on myself because of my disabilities. There are many things that I cannot do anymore. I was once in good physical shape and had few health problems. The possibilities for my future career were almost limitless. Now I have to concentrate on things I am able to do. Although my artistic skills suffered and my style changed, I can still create art. My skills continue to improve every day and I hope to soon be an even better artist than I was before my brain injury. My favorite subject matter for my art is by far, animals. I am a big animal lover and animals make me very happy. I draw animals both realistically and abstractly. I will often create watercolor paintings of animals in bright colors such as purple. I work with a wide variety of materials that range from watercolors and pastels all the way to oil paint and digital media. 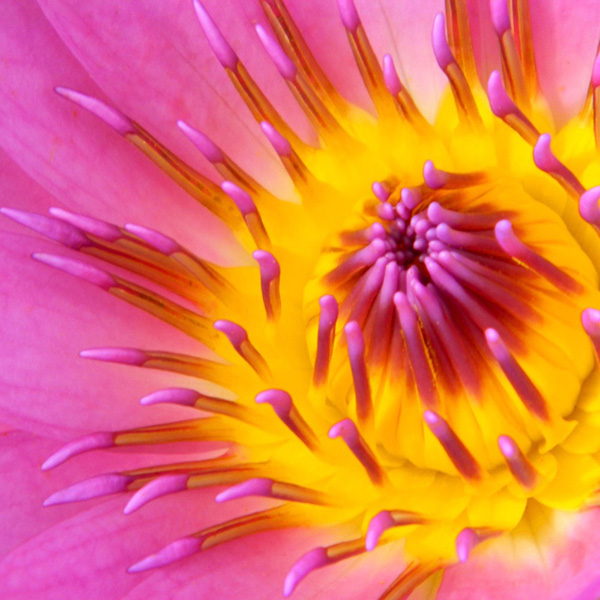 I'm a differently abled, lesbian photographer.  I am self taught and have been shooting off and on for 30 years. I specialize in macro flowers, but also do landscapes, portraits, and animals.  I can be seen on my websites, and on SmugMug.com, Viewbug.com, Godaddy.com, and Weebly.com.. I am active in the Arts by the disABLEd program in Fort Myers.